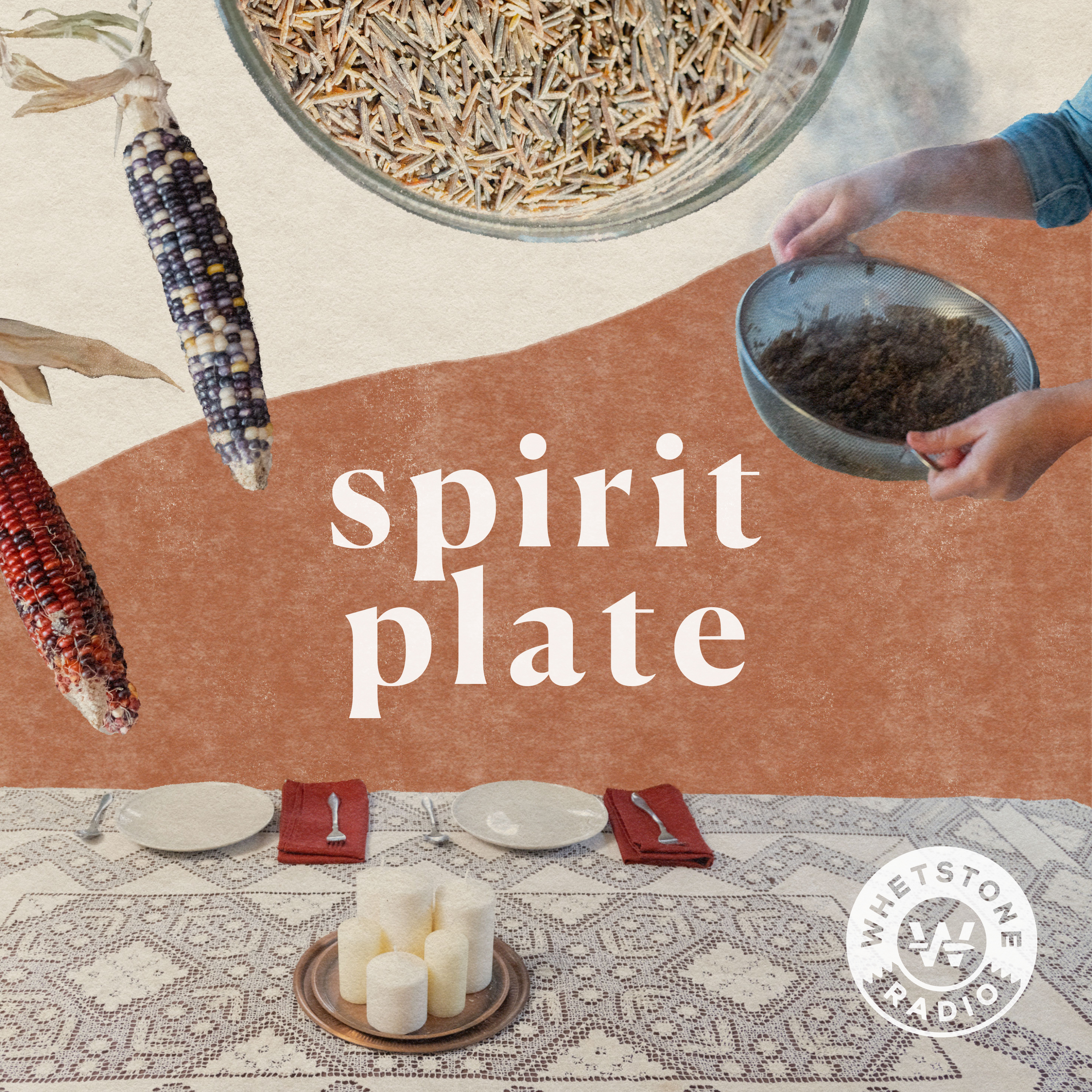 Following removal and relocation of the mid-1800s, Native communities found ways to adapt and preserve their foodways in the face of disruption. Each community’s journey is unique. This episode focused on the story of the Oneida Nation of Wisconsin. With our guest Becky Webster—Oneida attorney, farmer, and seed keeper—we'll talk about the way they are revitalizing their food traditions through seed saving, cooperative growing, and participating in local barter markets.

Topics covered in this episode:

Spirit Plate is part of the Whetstone Radio Collective. Learn more about this episode of Spirit Plate at www.whetstoneradio.com, on IG and Twitter at @whetstoneradio, and YouTube at /WhetstoneRadio.

A Landscape of Relations with Rowen White

In this episode, Rowen White—Mohawk farmer, seed keeper, and organizer—joins us to talk about relationships to land and food, upholding our responsibilities to our kin, and developing a new lexicon to talk about the food system. She shares her practice of cultivating relational, kin-centric foodways and the possibilities opened by this worldview. Topics covered in this episode: Min 1:38: Meet Rowen White  Min 6:57: The Mohawk creation story Min 9:45: Issues with the term “food system” Min 12:42: Cultivating kin-centric food ways Min 16:30: Rethinking the word “economy” Min 18:05: Rowen’s journey to seed keeping  Min 20:18: Tomatoes as Rowen’s first seed teachers Min 23:41: The importance of food sovereignty Min 26:38: Food sovereignty vs. self-reliance Min 28:20: Farming in the Sierra Nevada foothills of California  Min 33:05: How to build a connection to the land Min 36:40: What Rowen would bring to a feast honoring their ancestors  Spirit Plate is part of the Whetstone Radio Collective. Learn more about this episode of Spirit Plate at www.whetstoneradio.com, on IG and Twitter at @whetstoneradio, and YouTube at /WhetstoneRadio. Guest: Rowen White (@rowenwhite) ...

Reconnecting with Our Foods & Seeds with Shelley Buffalo

For many Indigenous people involved in the food sovereingty movement, reconnecting to ancestral foods is extremely powerful. Every time someone learns a new recipe, plants a seed, and feasts together, we are helping to transmit knowledge, technologies, and skills from one generation to the next. In this episode, we'll talk with Shelley Buffalo—Meskwaki seed keeper—about her experience of revitalizing cultural foods, growing practices, and language. We'll also talk about her involvement in the growing seed rematriation movement, which is helping to return heritage seeds to their communities of origin. Topics covered in this episode: Min 2:08: Meet Shelley Buffalo of the Meskwaki tribe Min 6:35: Favorite ancestral foods  Min 9:07: Shelley’s journey to seedkeeping Min 15:16: The experience of rematriation Min 18:09: Seed keepers as cultural memory keepers Min 19:13: Removing barriers Min 22:42: Healing through traditional food practices Min 25:09: Struggles with language Min 30:00: Looking ahead  Min 32:27: Improving land access   Spirit Plate is part of the Whetstone Radio Collective. Learn more about this episode of Spirit Plate at www.whetstoneradio.com, on IG and Twitter at @whetstoneradio, and YouTube at /WhetstoneRadio. Guest: Shelley Buffalo (@kiwate_restlessheart) ...

During the Allotment & Assimilation Era (1887-1930) the U.S. government moved to assimilate Native peoples into American society and the economy. Private land ownership was forced onto Indigenous peoples by breaking apart communal lands into family parcels, effectively altering relationships to land and food. In many cases, Native peoples were forced to shift from subsistence lifestyles and traditional forms of trade to growing food as a commodity. This commodity-based approach to food was and continues to be in conflict with traditional relationships, knowledge, and practices related to growing food. Topics covered in this episode: Min 1:30: Meet Eric Hemenway Min 2:30: Introduction to the Allotment & Assimilation Era  Min 4:22: Division of land Min 6:10: The Burt Lake Burnout Min 9:58: Shiloh’s scorched corn and fish cakes Min 16:31: Convoluted allotment in northern Michigan Min 20:51: Impacts of allotment on the Odawa community Min 25:29: Debunking stereotypes Spirit Plate is part of the Whetstone Radio Collective. Learn more about this episode of Spirit Plate at www.whetstoneradio.com, on IG and Twitter at @whetstoneradio, and YouTube at /WhetstoneRadio. Guest: Eric Hemenway ...